Gestational diabetes is diabetes during pregnancy. It usually goes away once delivery is done, however it does make the development of diabetes mellitus in future more likely for the mother and the child. Like in other types of diabetes in gestational diabetes to blood sugar is raised. High blood glucose is caused because the mother can’t produce enough insulin and resistant to insulin. Insulin resistance occurs due to fat burden and hormones produces by the placenta.

Insulin helps move glucose out of the blood and into the body’s cells where it can be turned into energy. A pregnant woman’s cells naturally become slightly more resistant to insulin and its effects. This change is specially designed to increase the mother’s blood glucose level to make more nutrients available to the baby. Obesity before pregnancy adds to insulin resistance. The mother’s body makes more insulin to keep the blood glucose level normal. In a small number of women, even this increase is not enough to keep their blood glucose levels in the normal range. As a result, they develop gestational diabetes. Thus Gestational diabetes is caused by a change in the way a woman’s body responds to insulin during pregnancy. A pregnant woman’s insulin needs are two to three times higher than that of normal. 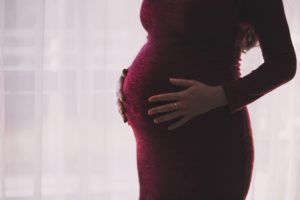 Effects OF GESTATIONAL diabetes on mother and child?

The risks to the mother include:

The risks to the baby include:

• Being very fat and large at birth. Babies who are too large (4 kgs) or fat at birth have a much higher risk of developing serious problems following their birth.
• Having their shoulders dislocated during the birth process (because they are too large to fit well through the birth canal).
• Having a serious low blood glucose level soon after birth. This can happen because before being born the baby had been getting a very high level of glucose out of the mother’s blood (across the placenta). The baby had adjusted to this high glucose level by making high levels of its own insulin. When the placenta separates after birth this high level of glucose (from the mother) suddenly stops. The baby still has very high levels of its own insulin and this can cause its blood glucose to fall too low.
• Prolonged new-born jaundice
• Low levels of calcium in its blood.
• Respiratory distress syndrome (this can be quite dangerous).
• Underweight and small babies.
• Future risk of developing diabetes with increased chances of diabetes-related complications of eye, kidney, brain and feet.

This risk reduces with a reduction in the weight and waist length of the mother and the child.

The symptoms of gestational diabetes can be tiredness and excessive urination. The patient may not have any complaints and diabetes may get detected during blood checkup.

If you have one or more of the following factors you are more likely to develop gestational diabetes:

• Having a family history of type 2 diabetes in a close relative (parents or brothers and sisters)
• Having gestational diabetes in a previous pregnancy
• If a previous baby had a birth defect
• If you are very overweight
• If you are aged over 30
• If you have had a previous stillbirth or spontaneous miscarriage
• If you’ve had a previous large baby (greater than 4 kilos ) or a small baby
• If you have a history of pregnancy-induced high blood pressure, urinary tract infections, or polyhydramnios (too much amniotic fluid)

All pregnant women must have screened for gestational diabetes. This test usually is done between 24 weeks and 28 weeks of pregnancy. It may be done earlier if you have risk factors. The only way to confirm gestational diabetes is with a glucose tolerance test, which needs to be carried out after eight hours without food. The woman is given a solution of 75 gms glucose to drink, and then blood samples are taken and analyzed after 2 hours post glucose reading if more than 140 mg/dl is a diagnostic of GDM.

Since every pregnancy is precious and demands good care, it is important to visit a Doctor who is a Diabetes specialist to understand the action plan to control the blood sugar levels.

The first line of treatment is to follow a healthy lifestyle but eating nutritious food which full fill needs of mother and growing infants and regular physical exercise during the pregnancy.

Some women with gestational diabetes require blood sugar-lowering medicines or insulin to manage their blood sugar levels in a healthy range during pregnancy.

The target of blood sugars during pregnancy are: